Companies that hire the most MBAs 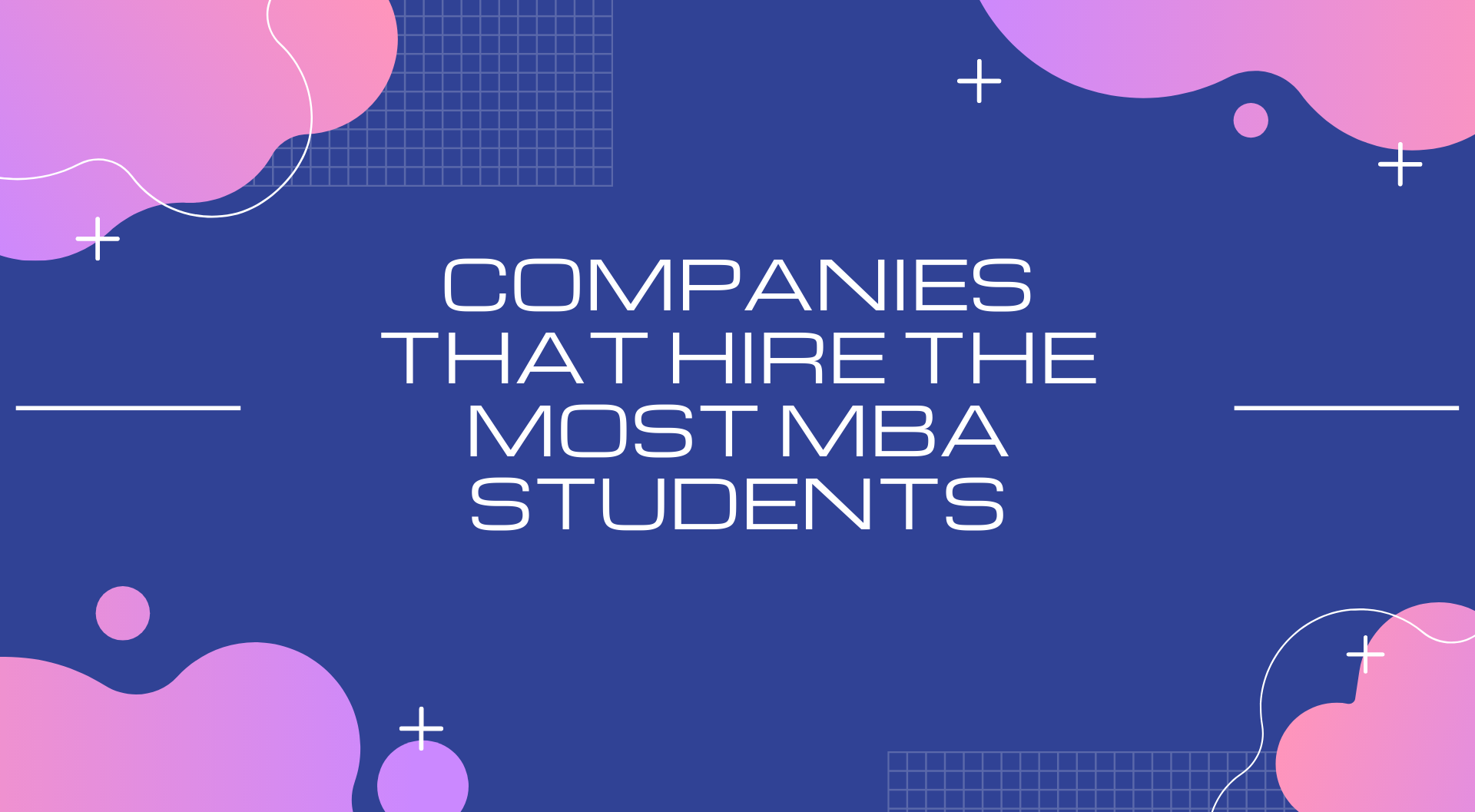 If you are doing an MBA, the most probable reason is to secure a big role in one of the top companies. Here is a list of 10 companies that hire the most MBAs.

McKinsey & Company
Almost 50% of the incoming consultants are MBAs. Hired 131 MBAs from INSEAD in 2019. Also, hired many more MBAs from other top B-schools

Boston Consulting Group (BCG)
Doing an internship at BCG improves your chances to get a job. It is the top employer at UVA Darden, MIT Sloan, and Kellogg.

Bain & Company
This is one of the favourite companies among B-school graduates from the top names. Consistently hires many MBAs from top schools such as Columbia, MIT Sloan, and INSEAD.

Amazon
Not a consulting firm but the only tech company that hires more than 1000 MBAs every year. Was the top employer at ESADE and UCLA Anderson in 2019.

Deloitte
The top recruiter at NU Stern last year. Hired 21 MBAs from Columbia, 17 from Stern, and 15 from Kellogg in 2019.

EY
14 from Stern, 12 from Haas, 8 from Anderson and many more from other B-schools.

AT Kearney
Appreciates MBAs with traditional business and engineering backgrounds. Hired 23 from INSEAD in 2019.

Best Value Schools in the US

Wizius Careers’ classes breathed new life into my GMAT preparation and are undoubtedly the reason for my success. A must for any student aiming to do well on the GMAT and enjoy a learning experience while doing so. I’m deeply indebted to my teachers at Wizius for the deep insight they gave me on the subjects taught. Attending these classes was truly an enriching experience. They helped me build new perspective of looking at the questions asked in the test and eventually solve them aplomb.
The teachers are amazing! I used to dread quant before I joined these classes. The basic classes helped me build concepts and gain back my confidence for the subject. The techniques and methods taught helped me tackle any question with ease. A big thanks to the teachers for their ‘GOLDEN RULES’ in helping me solve the RC Passages too. The ideas were completely novel and until I attended these classes, it had never occurred to me that RCs can have a systematic approach to solve. I am extremely thrilled that I score 1570 on the SAT. I owe a big part of my success to these SAT Classes. Once again a big thanks for helping me make my dream come true.